The primary coverage area of University Hospital Emergency Medical Services includes the metropolitan areas of the City of Newark and the City of Camden; New Jersey's largest cities. Additionally, UH-EMS holds the MICU Certificate of Need for providing all primary ALS services to the Cities of Orange and East Orange and is contracted with the Port Authority of New York and New Jersey to provide all EMS coverage to Newark Liberty International Airport and the New Jersey Marine Terminals at Port Newark and the Elizabeth Seaport. 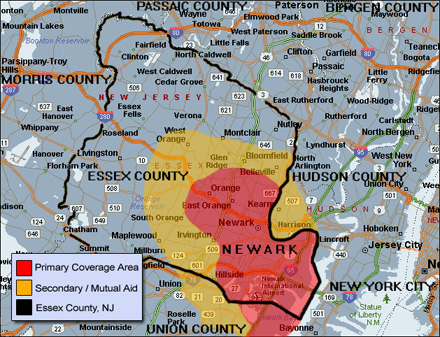 Some of the notable locations that our units provide EMS services to include the following:

*Secondary hospitals; utilized only based on proximity, mutual aid, or special circumstances